Delivery time :In one month 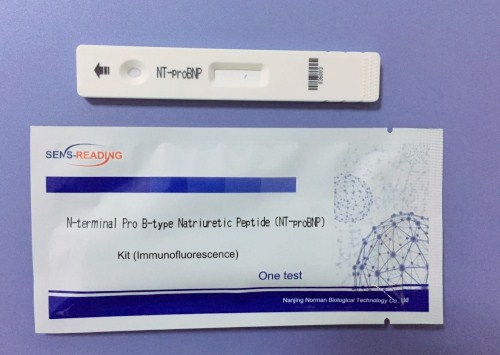 N-terminal Pro B-type Natriuretic Peptide (The test kit is mainly for the in vitro quantitative determination of NT-proBNP) in human serum.

NT-proBNP is an inactive N-terminal fragment after BNP splits, which is secreted by the left ventricle when the volume load and pressure load of the cardiac muscle increase. NT-proBNP can be used to evaluate cardiac systolic dysfunction, diastolic dysfunction and ventricular wall segmental motion coordination. It has high sensitivity and negative predictive value; NT-proBNP can also be used to early detect heart failure (HF), evaluate the efficacy of heart failure drugs, estimate the prognosis of patients with heart failure and discriminate breathing difficulty caused by heart failure or other reasons; besides, NT-proBNP can be used as risk assessment index of acute coronary syndrome (ACS).

The assay is a double-antibody sandwich immunoassay for quantitative determination of NT-proBNP concentration based on immunofluorescence technology. Add the sample to the sample well of the cartridge. Through chromatography, the sample reacts with the fluorescent latex particles coated with NT-proBNP monoclonal antibody I on the conjugate pad. The complex spreads ahead along the nitrocellulose membrane captured by NT-proBNP monoclonal antibody II on the test line. The more NT-proBNP the sample contains, the more complexes the test line accumulates. The intensity of fluorescent antibody signal reflects the amount of captured NT-proBNP. Immunofluorescence quantitative analyzers produced by our company can detect the concentration of NT-proBNP in the sample. 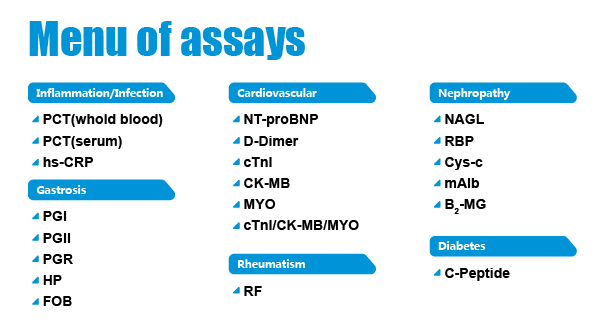 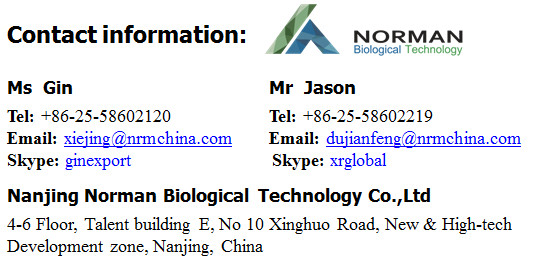